People of Fulani origin who say they are citizens of Ghana have said they are being treated as though “they are refugees” following the continuous discrimination against them at some national institutions.

For instance, they said they had been denied the opportunity by National Identification Authority (NIA) in the ongoing Ghana Card registration exercise to register because the mere mention of their Fulani lineage disqualified them and are thus denied the liberty to prove themselves.

According to them, being a Ghanaian is by law and not only birth.

They have also complained about the countless times that they have to be subjected to unfair treatment at state agencies such as the Passport Office, the Birth and Death Registry and, to some extent, hospitals.

Tabital Pulaaku International Ghana Chapter and Danbaki Royal family, in a news conference organised to voice their concerns,expressed worry at the continuous security treat on Fulanis and the manner in which they are being discriminated against, saying “we’re also Ghanaians.” 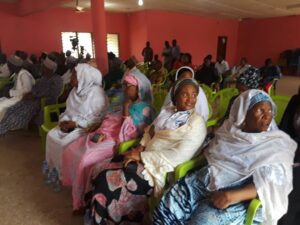 Mr Yakuba Musah Barry,the General Secretary, while bringing to light acts of unfair treatments meted out to Fulani people in the country,pointed out “the irregular conduct of some officials of the National Identification Authority (NIA) against people of Fulani origin who are citizens of Ghana.

“Since the beginning of the registration for the Ghana card, Ghanaian Fulani people who qualify to write their names for the card are denied such opportunity by officials of the NIA on the basis that they are not Ghanaians.

According to him, “on countless occasions Fulani citizens of Ghana have been denied registration of the Ghana card. These victims are not given the opportunity to initiate the process to challenge or defend themselves neither are they allowed to present their required documentations to that effect.”

“Many other Fulani people or Fulani citizens find it difficult to obtain national documents like the birth certificate, passport, and National Health Insurance (NHI) card among other things because they are identified as Fulani’s and therefore considered as foreigners.

“When it comes to accessing national and public facilities, Fulani persons are discriminated against and this is a sad reality. Fulani citizens in Ghana are being treated as if they are refugees in their own motherland,” he recounted. 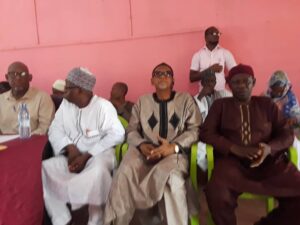 On the issue of security he said, “There is a trend against people of Fulani origin and these people are being attacked and killed with their cattle in some parts of the country.

According to Mr Barry, countless reports have been made to security agencies but these have fallen on death ears, and despite reports of attack on their herdsmen and cattle, justice has not been served to the affected persons and their families as their cattle are killed with impunity.

For instance, he said within seven months, “From August 2019 to date, over 26 persons have been killed across the country, 60 houses burnt, 200 people misplaced and over 600 cows killed. This is a serious matter of concern that must be brought to the attention of H. E. the President.”

The General Secretary also noted worriedly that the organized association of Tabital Pulaskuhad been drawn to the ongoing incidents at Kwahu Afram Plains South (Tease and Tonso) by the Regional Security Council, the District Chief Executive and the military.

He alleged that “the military are indiscriminat 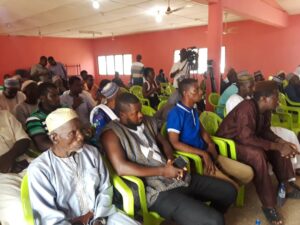 What is more disturbing to them, he said,was the unpleasant utterances of the District Chief Executive for the area, Mr George Ofori,against people of Fulani descent and called on him to apologise for his tribal comment.

“Ladies and gentleman, we called on you this morning to use your medium to inform the Government and people of Ghana to call on the DCE to withdraw the tribal comments and render an unqualified apology to the people of Fulani origin and compensate those Fulani’s who were genuinely working by rearing cattle, with a lot lost through the Operation Cowley.”

Appeal to President to call end to victimisation

The conference, which brought together Fulanis from across the country through “the leadership of Fulani’s in Ghana, wish to pray for the following; “That the leadership of our tribe would like to meet H.E the President to find solutions to the issues mentioned above.”

“That we urge H.E the President to call for end to the victimization of the Fulani people in the country.That the Fulanis who are citizens of Ghana be allowed to register and be issued with the Ghana card.

“We wish thatthe killing of cattle at the Afram Plains will stop so that whatever issues which are confronting the state and the Fulani people can be addressed through dialogue.

They said“they will allow authorities in the Upper East Region for setting the pace. Knowing the president as a champion human right activist, we strongly believe that this petition would be given the urgent attention it deserves.

“We humbly appeal to the authorities to bring justice and sanity or order because we are all Ghanaians. Looking forward to hear from the authorities, the leadership of the Fulani’s across the country pledge for peace before, during and after the elections.”

On his part, the president of the National Council of Fulani Chiefs in the country, Chief Alhaji Iddrisu Mohammed Bingle, told the DAILY HEREITAGEin an interview that there should be equal playing field for all and called on the media to help disseminate such information.

Government has established a Guarantee Scheme of up to GH¢2 billion to enable businesses to borrow from banks at more affordable rates and at a ... Read More

Gov’t has received money from Sweden over CSE – Ablakwa claims

The Government of Ghana has already received money from the Swedish government for the introduction of the controversial Comprehensive Sexuality Education programme in Ghanaian schools, ... Read More

Big Events Ghana, organizers of the prestigious annual Radio and Television Personality (RTP) Awards have received up to 1,962 nominations filed from across the 16 ... Read More