PNC National Chair Bernard Mornah is to meet the Director-General of the Police CID at 10 am today after he was invited by the Police for allegedly threatening to resist a new voter’s register.

A police invitation said he made the alleged threats on radio. 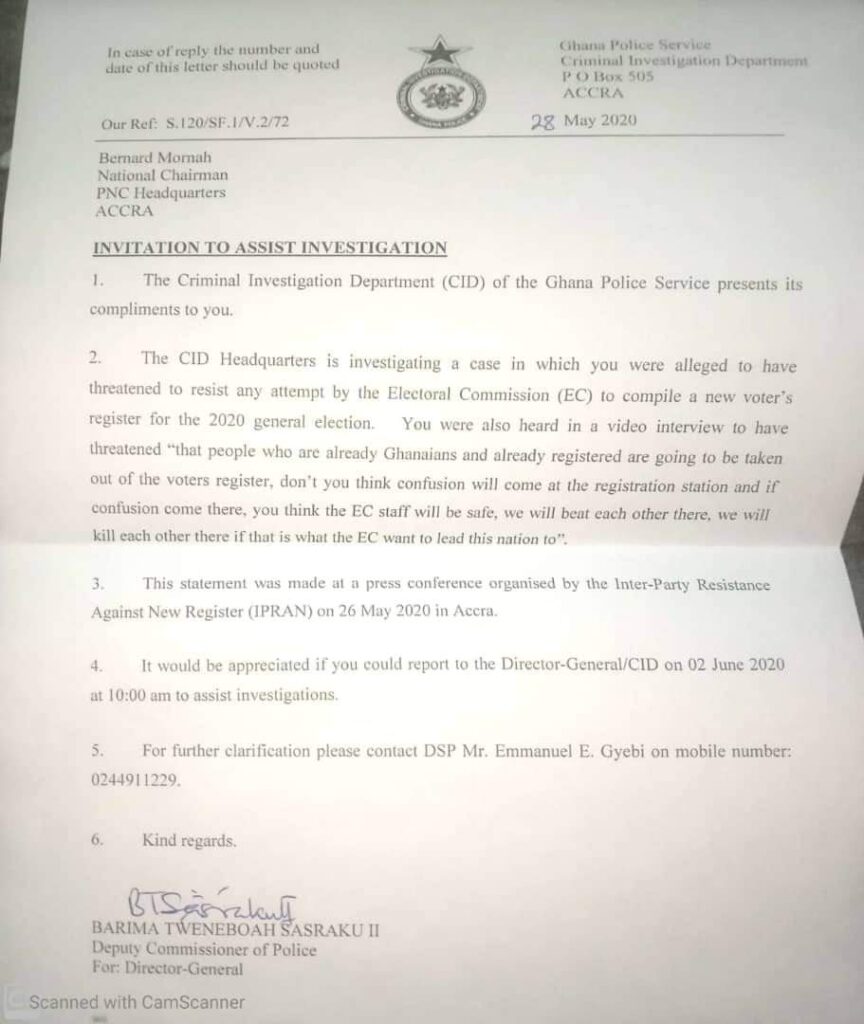 Mr Mornah has been one of the harshest critics of the decision by the EC to create a new register for the December polls.

He told Starr News he stands by his words.

“I feel that it is a partisan issue because it is the central regional minister who opined that I should be invited or arrested and followed this morning, I was told by Atik Mohammed. And so I have no difficulty going to respond to it. I stand by every word that is captured by their letter and if I caution the Electoral Commission not to lead us into disaster and that means a threat, they can take it to where ever they want,” he told Starr News’ Musa Lansa.

“This is an emotive issue because the polling station that I vote, the number of people who have passports are not up to ten including me. And the number of people with the Ghana Card is not up to a hundred and you are going to use that in a polling station where we have over Eight-Hundred on the register. that is why we have to caution the Electoral Commission to be careful because we are talking about something that bothers about the kind of leadership that this country is going to generate,” he explained.

An eight-year-old boy known as Kobina has been murdered at Adiembra, a suburb of Sekondi, in the Sekondi-Takoradi of the Western Region. The body of ... Read More

President Nana Addo Dankwa Akufo-Addo has announced that Churches and schools for final year students will resume in June as part of measures to ease ... Read More