After years of being accused of breaking a home, actress Yvonne Nelson has finally spoken, denying reports she is the reason her ex, Jamie Roberts, left his wife.

In the early days of their relationship, Jamie Roberts’ ex-wife accused the actress of dating her husband while they were still married.

However, Yvonne Nelson on Twitter said the relationship between her baby daddy and his ex was long over before she came into the picture. 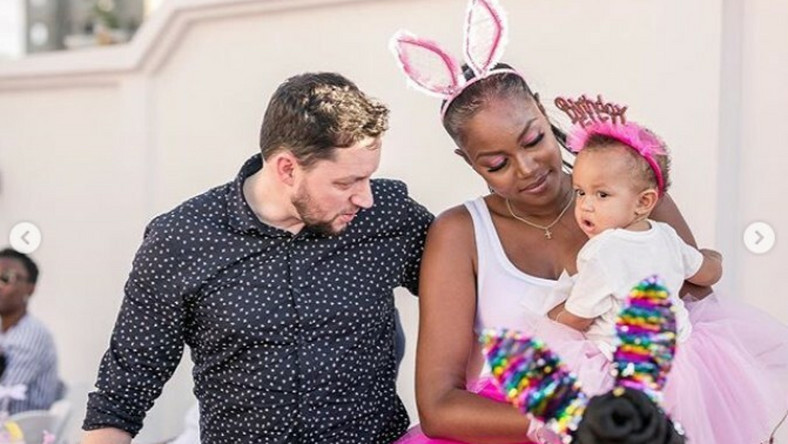 The actress’ comments come after a Twitter user called her out for criticising fathers for wrecking homes.

@geenaeus told the actress she is celebrated on Mothers’ Day regardless of her past and should do the same for fathers on Fathers’ Day.

He wrote, “all these rants aren’t necessarily my dear. Remember that you @yvonnenelsongh have been tagged by some people as a homewrecker…It is alleged that you have a kid with a married man against all odds. Yet we still deem you worthy of being celebrated on mothers day. Give men a break.”

Nelson who had shouldered accusations of being a home wrecker for years replied, “correction, his 2nd marriage was wrecked/over before I met him, he’s on Instagram….go ask him. He replies to his comments.”

“To the men, if you aren’t TRULY ready to be in a child’s life, F*cking protect yourselves, you are the reason for so many broken families and kids out there! A man’s world??? Today isn’t your day if you haven’t put in any work!”

Ghana’s finest stations Obuoba 91.7 FM and Delight 99.3 FM products of Obuoba Group Ltd have both been nominated in categories for this year’s Eastern ... Read More

Scarlett Johansson has topped Forbes’ list of best-paid actresses for a second year – but is only the eighth highest paid actor overall. The 34-year-old’s ... Read More

Hatred and Hypocrisy is killing our music industry – Kumi Guitar

Ghanaian Sensational Highlife Artiste Kumi Guitar has disclosed in an interview with Dj Ans on Obuoba Fm 91.7 that menzgold crisis has affected his musical ... Read More