Bawku Central MP Mahama Ayariga has turned down a June 4 court invitation by the Special prosecutor Martin Amidu over the corruption probe involving him.

According to the former Sports minister, he will not be able to attend to court on the said date because parliament will be in sessions and he will therefore be working for his constituents. 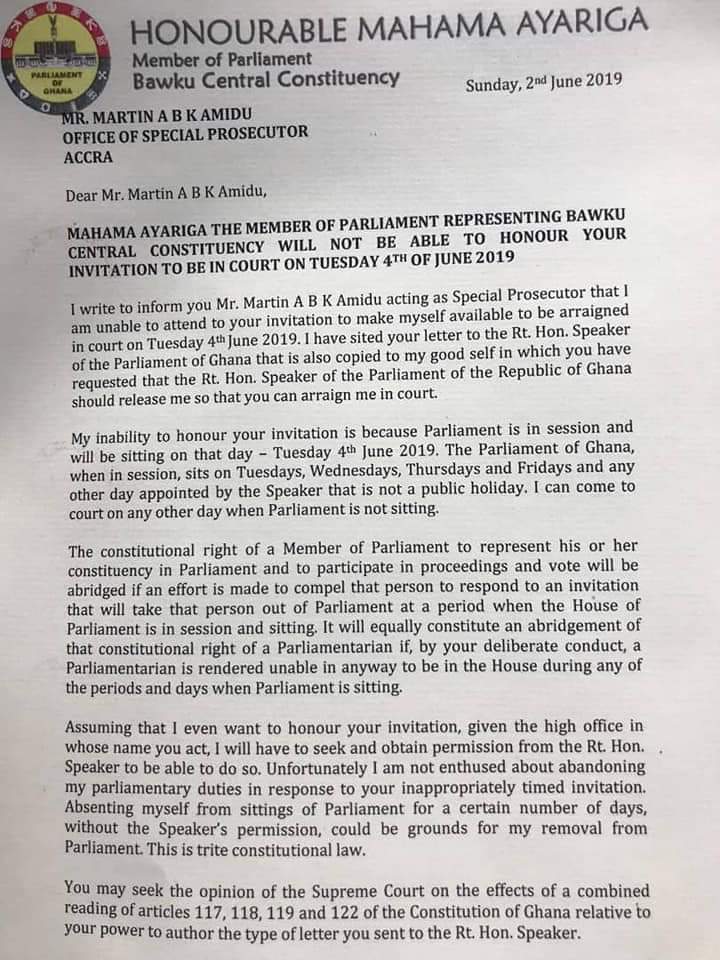 The Special Prosecutor has sued the Member of Parliament for abusing his office  among other offences.

This is the first case the Office is pursuing in court since its formation more than a year ago.

Joined to the suit is one Kendrick Akwasi Marfo of ATLAS-Rent-A-Car company. 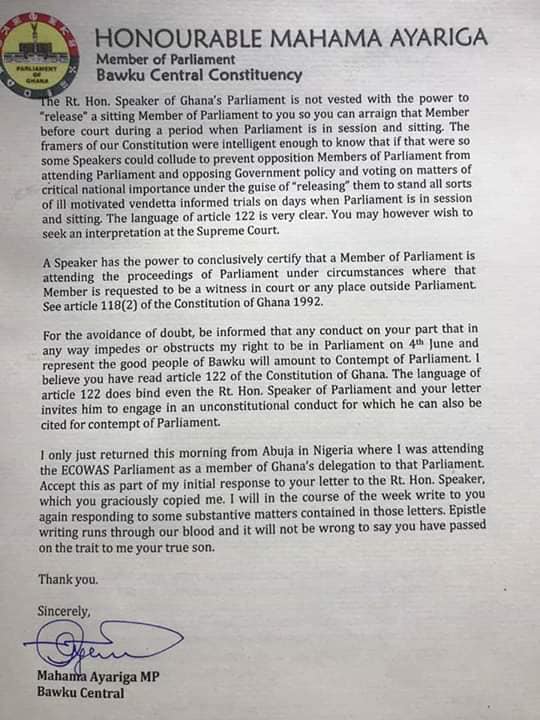 According to the writ sighted “Mahama Ayariga aged 44 years in November 2017 at Tema in the Greater Accra Region did fraudulently evade customs duties and taxes by paying GH¢6,062.86 instead of the approved duties and taxes of GH¢36,597.15 to clear three Toyota V8 Land Cruisers.”

He is also accused of allegedly abusing his office as a public officer for his private benefit by “selling three Toyota V8 Land Cruisers with registration numbers GR 2220-18, GR 2221-18 and GR 2222-18 meant to be used for your official duties as a Member of Parliament to Kendrick Akwasi Marfo of ATLAS-Rent-A-Car at a price of GH¢40,000 each.”

President Akufo-Addo has extended his condolences to the family of George Floyd, the Black American whose killing by police, has sparked chaos in America. In ... Read More

The Chamber of Petroleum Consumers Ghana (COPEC) has called on commercial drivers to immediately reduce transport fares due to the President’s decision to lift the ... Read More