Frenchman Herve Renard has resigned from his post as Head Coach of the Moroccan senior national team.

The decision ends weeks of speculation over his future, after Morocco were knocked out at the round 16 stage of the just ended AFCON 2019 at the hands of less-fancied Benin.

Renard, who has won the AFCON on two occasions with Zambia and Ivory Coast in 2012 and 2015, took over the Atlas Lions in 2016, but failed to repeat the winning feat in two attempts – at AFCON 2017 and 2019, falling at the quarter finals and the round of 16 respectively.

He also led Morocco to the 2018 World Cup in Russia, but failed to make it out of the group stages. 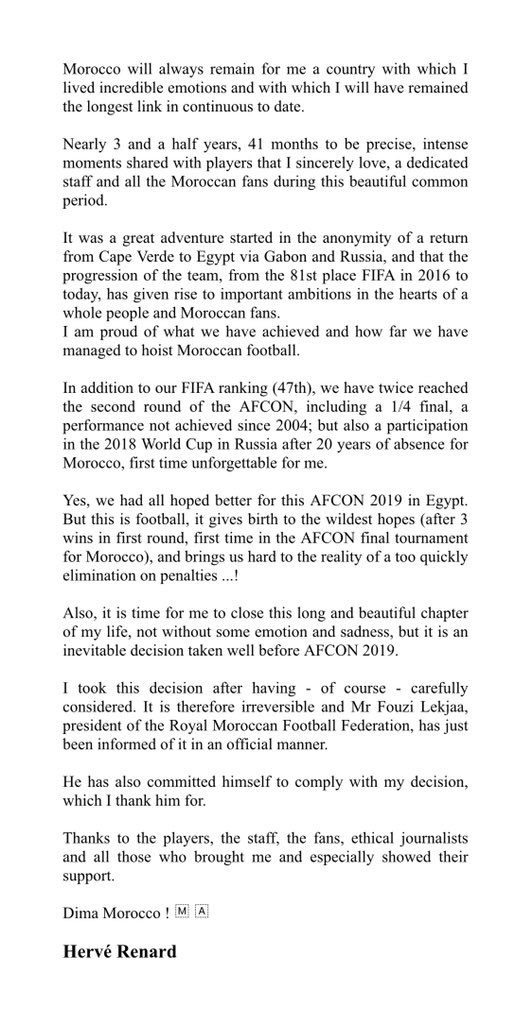 The Food and Drug Authority (FDA) has begun a nationwide assessment of a good deal of equipment used in the various Health Facilities. The move ... Read More

The Eastern Regional House of Chiefs has suspended the hearing of all customary judicial cases before the Judicial Committee of the House for one month ... Read More