The Builsa North District Security Committee (DISEC) has set up a five-member committee to investigate the cause of clashes by first-year students of the Sandema Senior High Technical School in the Upper East Region.

The committee is also expected to unravel the circumstance that led to the death of Abduali Jidel Nashiru, a General Arts student of the school.

According to the District Chief Executive of the area, David Afoko, the committee must also determine the ring leaders of the disturbance and the participants as well as assess the extent of damage of properties belonging to both teachers and the school.

A misunderstanding between the School’s Cadet corps and the rest of the student body over strict compliance to retire to bed after prep led to the clashes which claimed the life of one student on Wednesday, July,17.

The stakeholders in the area after an emergency District Security Committee meeting decided to close down the school to ascertain the extent of damage and put in place safety measures before students will be recalled on July 30, 2019.

Mr. Afoko said, the committee has up to the 9th of August to submit its findings to DISEC and assured that, the committee’s recommendations will be executed to avert further disturbances in the school.

“They have done an autopsy on the deceased and subsequently handed over to his family for burial but we (DISEC) do not want to interfere in the work of the committee, however, we would want the committee to find out the cause of death of the boy”.

Mr. Afoko disclosed that a meeting will soon be convened with the Parents and Teachers Association (PTA) to deliberate on how to instil discipline in the students before they report on the 30th of July,2019.

He hinted that there will be a police presence in the school to ensure law and order until there is absolute order.

“In the interim, we have requested a meeting with the PTA for a discussion on how to help instil discipline among their wards. We will still need police presence in the school for some time and when the students report to a school, we shall advise them appropriately”.

The committee members include a board of directors of the school, staff of the Ghana Education Service (GES), Sandema District Assembly representative, the Bureau of National Investigations (BNI) and the Ghana National Association of Teachers (GNAT).

The Board Chairman of the Ghana Education Service, Michael Nsowa, has described the striking teacher unions as ungrateful . Speaking to Empire FM Tuesday the ... Read More 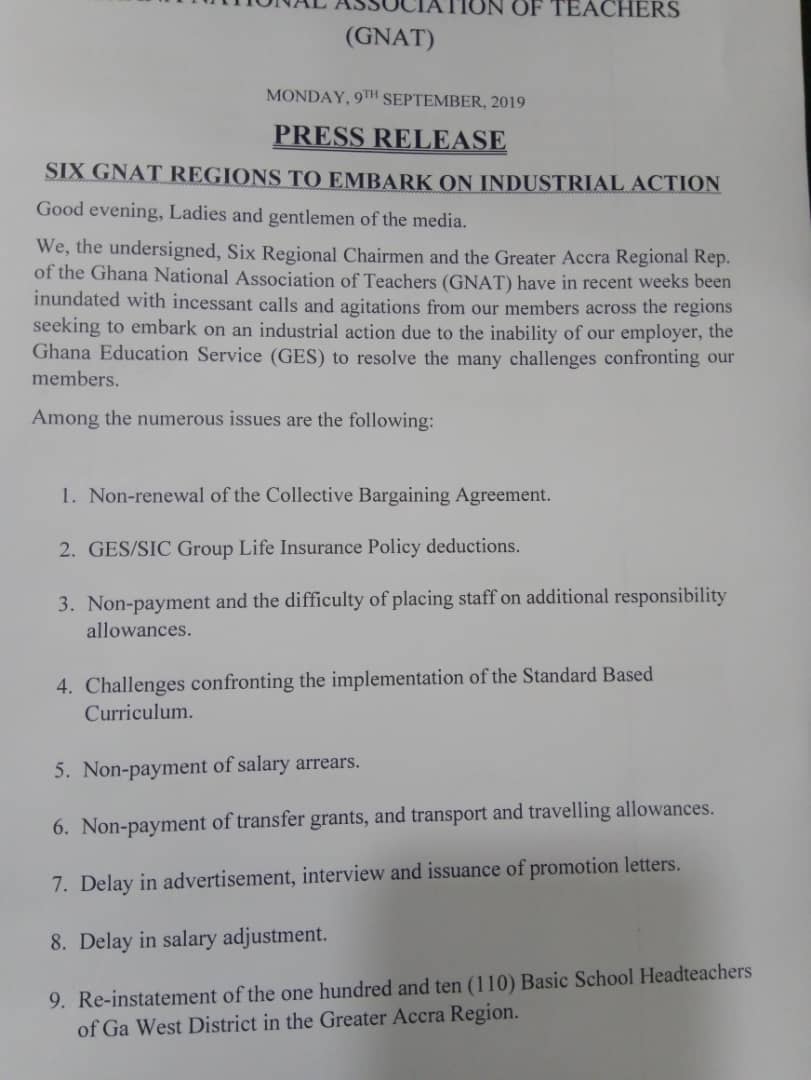 The Ghana National Association of Teachers (GNAT) has declared strike in six regions over poor condition of service. GNAT’s action comes on the heels of ... Read More