The 4BN Commander of the Ghana Armed Forces, and representatives of the Ashanti Regional Police Command, are expected to appear before the three-member ministerial committee investigating the Ejura disturbances on Wednesday, July 7, 2021.

They are to give their testimonies on the various roles they played on the day of the incident.

This was contained in a witness schedule issued by the committee.

Aside from the two mentioned, a journalist from Citi FM and Citi TV will also appear before the committee.

On the first day of the committee’s sitting on Tuesday, July 6, 2021, the Ashanti Regional Minister, Simon Osei-Mensah, and Erastus Asare Donkor of the Multimedia Group appeared before it.

The Minister amongst other things refused to disclose the identity of his informant who he claims had told him of a plot by the angry youth to set the District Police Station ablaze.

According to him, the identity of the informant has to be protected, since his disclosure will prevent other persons from giving him vital information in the region.

He also justified the deployment of soldiers to the area, and does not think the military should stop collaborating with the police in such duties.

“My lord chair, if I bring the person, it is going to make my management of security in this region difficult. It would mean that all I want to say is that, nobody should give me information or intelligence again.”

“I have put all my numbers out there to the various radio stations that any time you have information, you can reach me on these numbers, and people voluntarily give me information and that is going to cease. I am afraid; it will seriously affect my management of security in this region.”

Mr. Erastus Asare Donkor also said he saw a total of seven military personnel who engaged in the shooting during the disturbances.

Mr. Asare Donkor added that the military initially started firing warning shots into the air, but later changed the direction and fired directly into the protesters.

“I saw seven military personnel who engaged in the shooting during the protest. Four came first, and later another three joined them.” 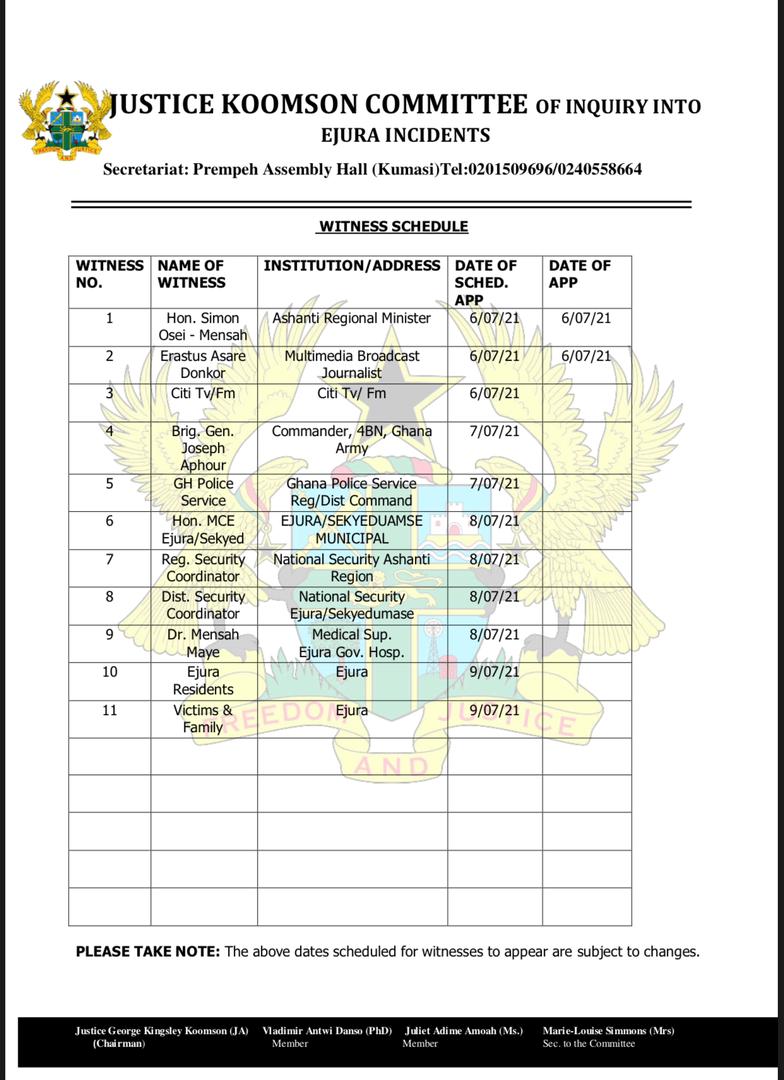